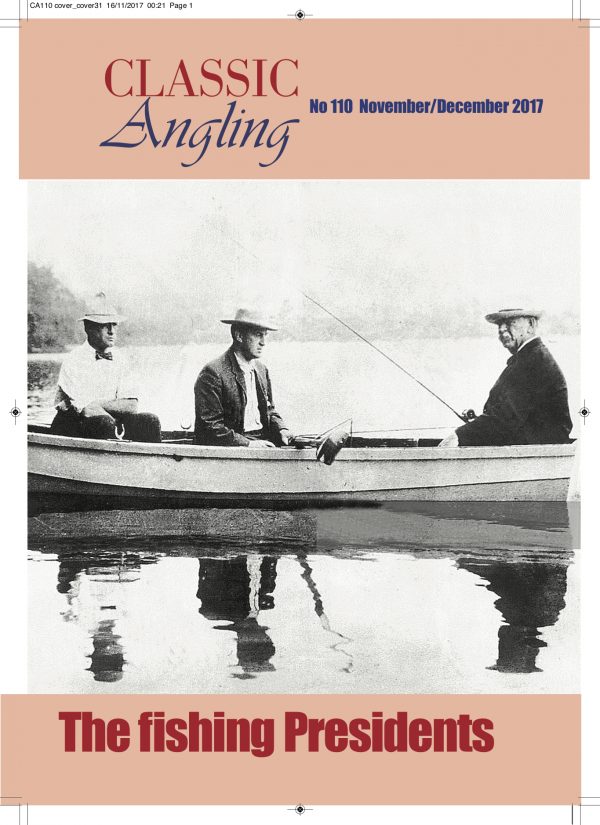 Charles Thacher starts a series on the US Presidents who liked to go fishing, with a look at Grover Cleveland and Chester Arthur.

The rod used by Chris Yates to land his 51lb 8oz record carp has sold for £7200 despite web ‘experts’ claiming that a different rod accounted for the 1980 fish.

Blenheim, the superb fishing lake at Churchill’s magnificent Oxford home, is to be drained because of a vast build-up of silt cutting the depth in some places from 7ft to about 6in.

Two entirely new species of pike have been recorded by scientists in Europe. One is found in France, the other in Italy.

Keith Elliott looks at the growing popularity of microfishing, where adherents use micro rods, reels and hooks to catch the very tiniest quarry.

Many collectors ignore boxes of paper documents, but Jason Lewis has found that some hidden gems can lurk among those seemingly unattractive boxes.

With previously unseen photographs, we spotlight the triumphant day that the Transworld Fishing Team caught two mahseer of 92lb and 80lb from India’s river Cauvery.

Pierre Coursaget adds to the debate on the source of round cast winders in ivory and bone by finding the first mention of them in an 1826 French book.