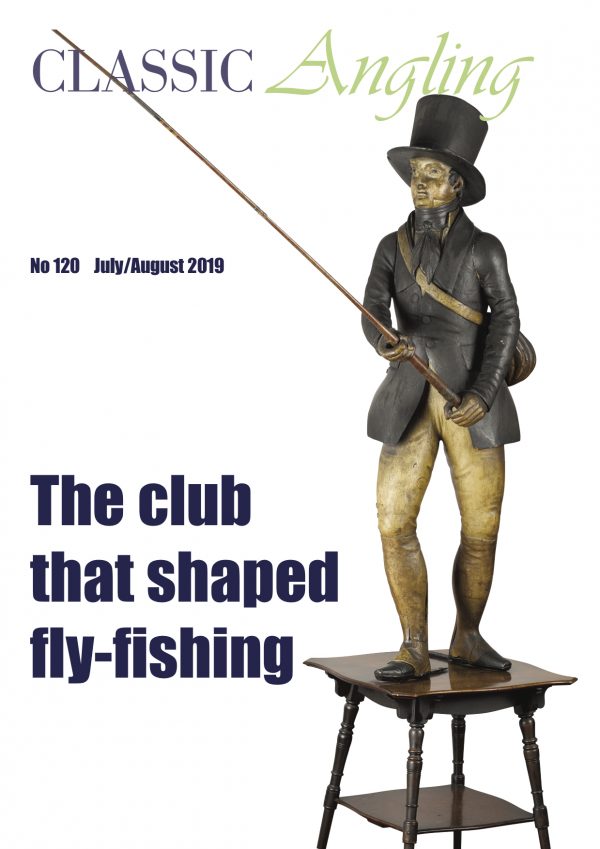 The London Flyfishers’ Club is not just another story of a century-old club. Its history reflects the growth of fly-fishing itself.

The Dreadnought Casting Company only lasted for ten years. But this Isle of Wight firm produced several innovative reels and many other items.

Did Redmire Pool, a tiny water that held the British carp record for more than 40 years once hold carp over 70lb? We look at the evidence that such tales were not just myth.

Fishing wear is now said to be the height of fashion, with elite names like Louis Vuitton being influenced by the angling look.

Some outlandish claims have been made for the size that muskellunge can reach. We look at some unlikely ones and a few that could actually be true.

Hardy expert John Drewett, author of the definitive book on the company, reveals some new information about the long-running Silex.

John Bailey defends himself against accusations that guiding anglers to outsize specimens is somehow unsporting.

A new book on flies tied with eagle feathers is being offered for sale at £3500– but the author is only producing eight copies.