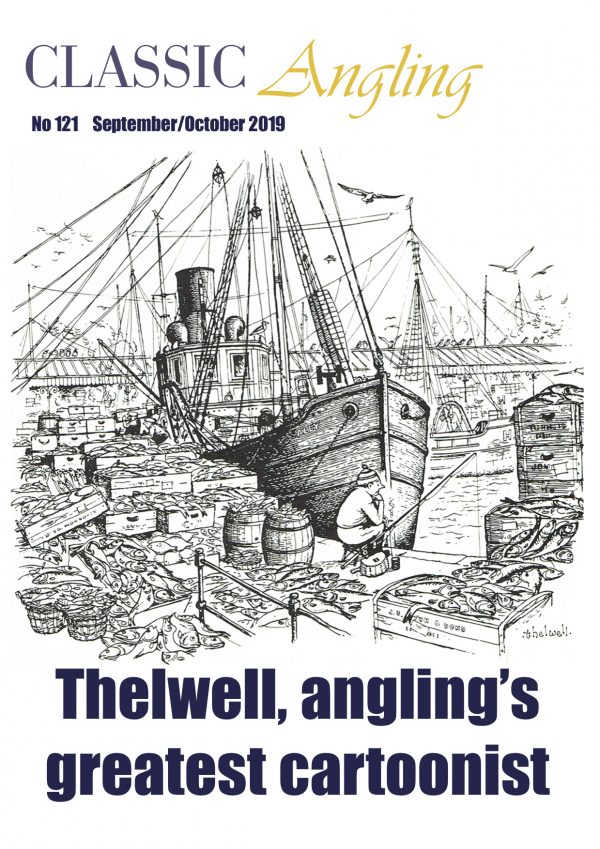 James Thelwell was not just a hugely talented and amusing cartoonist. He was also a keen angler who bought a house on Hampshire’s river Test so he could fish for trout.

John Bailey talks about his experiences as the angling consultant for the hugely popular television series Mortimer and Whitehouse – Gone Fishing.

One of the very rarest Hardy reels, the 6in Alta, designed for the fast-flowing Norwegian river, is coming up for sale at Angling Auctions.

Bob Church, one of the most influential anglers of the past 50 years, has died aged 83. We look at his many achievements, especially in regard to stillwater fishing.

Classic Angling is asking anglers to help author Stan Headley replace some of the favourite books that he lost when a fire destroyed his home.

Neil Freeman explains why synchronised weed-cutting is an essential part of the chalkstream years, and what the consequences would be if it didn’t take place.

Did the Birmingham creator of a papier-mâché reel ever actually make one? He certainly patented the idea. We also discover another of Robert Kenton’s fishing inventions.

A long-awaited book on English fish taxidermists reveals that the earliest fish known to be mounted was a barbel, created as far back at 1800.