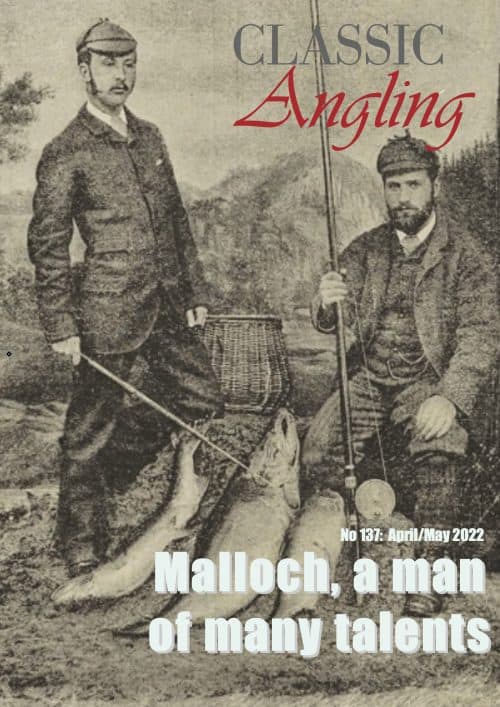 The renowned Peter Malloch, who started the famous Perth tackle shop, was a man of many talents, from taxidermist to inventor, casting champion, fly tyer and ace angler.

More species like barbel, cod and spotted bass will now be eligible for world record claims, the International Game Fish Association has ruled.

Our eBay spot highlights a rare Mitchell tournament reel and explains why these are so difficult for collectors to find.

The Carp Society has added to its portfolio by buying Ashmead Fishery in Somerset, a water renowned for specimens up to 50lb.

Florida has lifted its three-decade ban on catching and killing goliath groupers. But it could cost anglers as much as $500 to fish for them.

All Our Yesterdays from 1915 turns up the surprise of American brook trout being caught from a Welsh lake.

Steve Woit discovers some classic photographs of anglers like Zane Grey and Ernest Hemingway being sold on eBay.

A Hardy Cascapedia that sold for £20,000 was one of the highlights from Angling Auctions’ latest sale.

Vladimir Rybalchenko, the Russian owner of Farlow’s, has relinquished all involvement as a result of the invasion of Ukraine.

Rumours of the death of auction house Lang’s were premature, it seems. It has tied up close links with its auctioneer, Kip Blanchard

Researchers claim to have taught fish to do simple maths. Their study of cichlids and stingrays showed both species were able to perform simple addition and subtraction

Enrico Capozzi, the first person to land 10,000 billfish, is among five anglers selected for this year’s IGFA Hall of Fame.

Neil Freeman responds to criticism of his stance on trout stocking by pointing out that it’s been going on for well over 100 years.

Scientists documented 212 new species of freshwater fish last year. One was an eel with no eyes, fins or scales.

John Bailey thought that his days of adventure travel to exotic places were over. But circumstances have forced him to rethink.

An update to Rodolphe Coigney’s 1987 bibliography of The Compleat Angler, due to be published later this year, is based on 2700 versions of Walton’s classic work.

Jason Lewis, who has run the famed Royalty Fishery on the Hampshire Avon for the past 16 years, is giving up his lease on the water.

Our auction reports cover trends and hot items from the sales at Angling Auctions and Mullock’s.

A lively batch of letters cover issues that include trout stocking and the background to Hardy’s Silex No2.