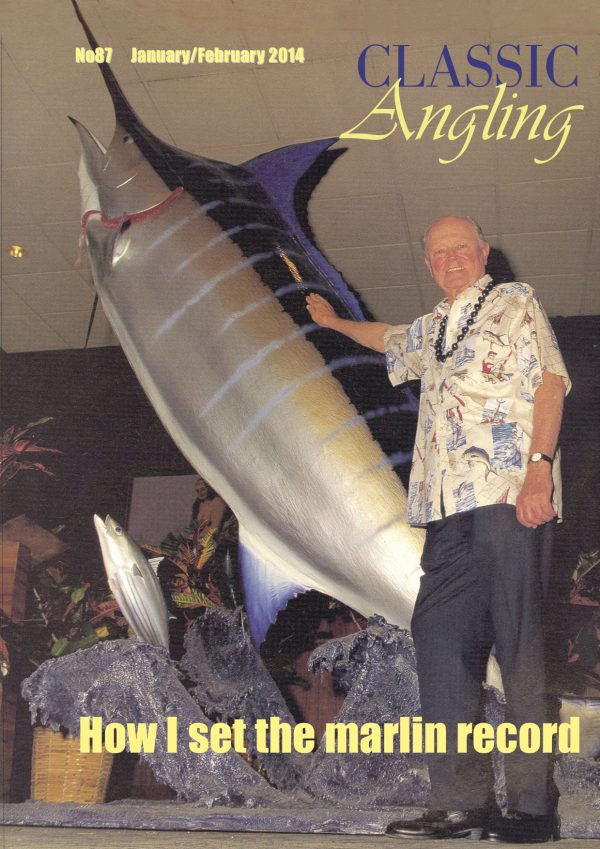 *Alfred Glassell’s 1560lb marlin record still stands, 60 years on. We look at the build-up to catching his monster fish.

*A superb collection of Victorian fly-tying equipment, once owned by the last man hanged for treason, has sold for £13,000 at auction.

*Jan Eggers relates how the world record pike of 55lb 1oz was caught by Lothar Louis in a German gravel pit, and what happened to it afterwards.

*Timothy Benn has spent four years creating perfect copies of a unique angling book on the nymph dressings of GEM Skues.
A Mitchell 300 ‘White Lady’ reel has turned up in Norway. It is so rare that its very existence has been the stuff of legend.

*Geoffrey Bucknall tells the story of how he was the man behind the design of the Specimen Hook while working for Sundridge Tackle.

*Ben Wright looks at the four main types of pick-up that were used by fixed-spool reel makers from Australia to Switzerland.