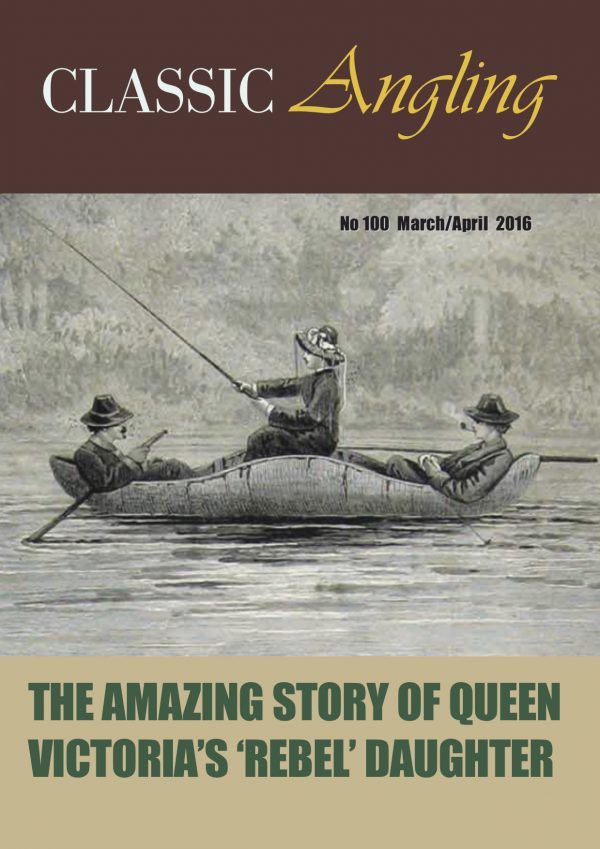 To commemorate our 100th issue, we publish the extraordinary story of Queen Victoria’s ‘rebel’ daughter Louise, who preferred fishing and painting to the burdens of a royal life.

Dick Braun reveals the amazing story of a Zebco salesman on a Cuban bass trip who went fishing with Fidel Castro and taught him to cast.

We pay tribute the angling historian Fred Buller MBE, who has died aged 89. His towering books on giant salmon and pike made him a household name in angling.

Imagine a place where you can catch yellowfin tuna from the beach, where sailfish and marlin can be caught close to shore. Ascension Island in the South Atlantic is that paradise.

John Waldo Nash of Maine was America’s leading fish taxidermist in the early 1900s. He was even the official taxidermist for the Grand Trunk Railway system.

Harry Kelly and Patrick Mercy are privileged to take a tour around the workshop of ace reelmaker Ari ‘t Hart, and view dozens of previously unseen creations.

How did those Hardy craftsmen in the 1890s create a reel like the Perfect to such fine tolerances? John Drewett tells how the very first Perfect was made.

The last British traditional eel fisherman has hung up his traps as declining numbers make the business unviable. Peter Cater can trace family connections back to 1475.

John Essex takes a close look at Ray Mumford and Jimmy Randell, two men whose match-fishing records were as good as those of England international Ivan Marks.

Ade Bristow uncovers the story of William Brumfitt, whose skills at tying flies and catching fish were so prodigious that he was asked to curb his fishing to two days a week.

Plans are underway to restore the iconic fishery Redmire Pool, which has produced two record carp, to its 1950 glory days.