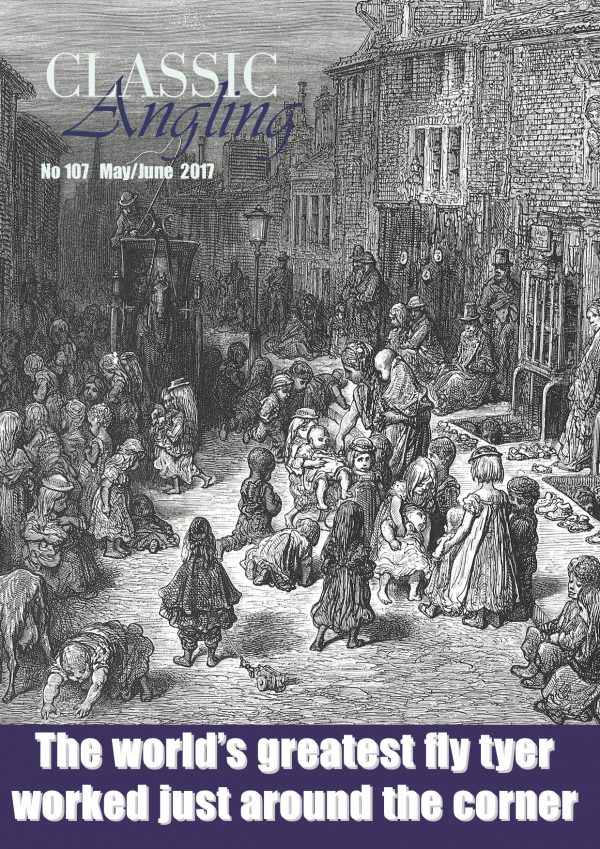 A Rollerback became the first Allcock reel to top the £10,000 mark, and a Scottish salmon rod inlaid with semi-precious stones has sold for £24,000.

Anglers rightly curse cormorants for their fish-eating ravages but at one stage, trained birds were used for fishing in France and the UK.

Andrew Herd puts the case for the Irishman William Blacker, who ran an 1840sw shop in London, to be considered as the greatest fly tyer of all time.

Neil Freeman questions the perceived wisdom that mayfly time is only for duffers and those who want easy trout fishing.

Charles Thacher reviews the works of the innovative George LaBranche, a casting champion and founder member of the Anglers’ Club of New York.

Paul Curtis harps back to the golden years of tuna fishing off Cape Town, when massive shoals came close inshore while offshore, vast numbers of bluefin could be caught too.

John Knott believes he has solved the mystery of why two distinct styles of cast winder appeared in the UK around 1800. The answer? French prisoners of war.