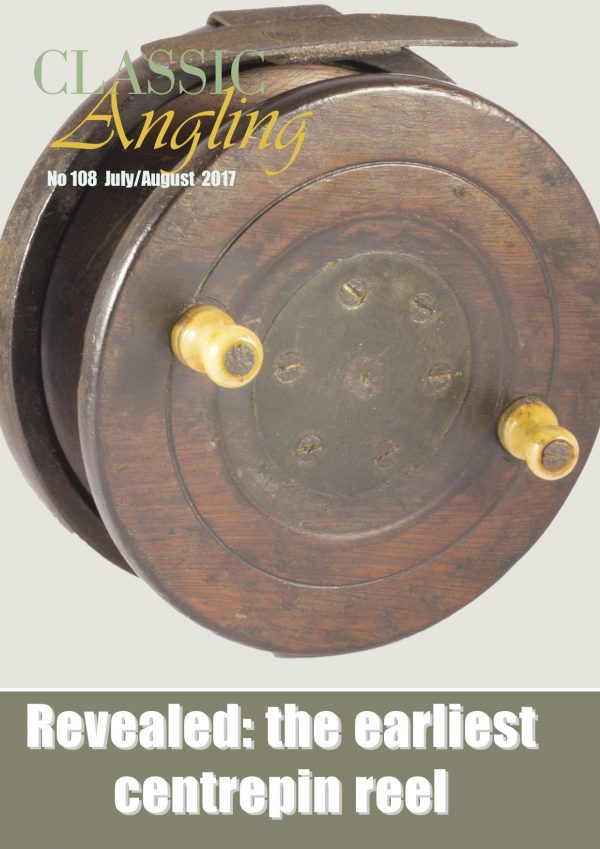 Hardy’s new limited-edition Hotspur Cascapedia has set a record for a reel at auction, selling at a charity dinner for £55,000. What was the extra appeal of this £1295 reel?

A new book entitled Men of Trent, looking at the history of the centrepin reel, has uncovered an 1848 example and a clamp winch that goers back to around 1820.

Jan Eggers relates to story of a huge Dutch pike around 40lb that was caught in the very same spot three years later. It earned both its captors an Abu Dream Trip for their success.

Identifying the early editions of William Blacker’s Art of Angling and Art of Fly-Making is a minefield, warns Andrew Herd, as he gives some clues to make the journey easier.

We pay tribute to the late Orri Vigfusson, who devoted his life to helping Atlantic salmon improve their survival chances through his North Atlantic Salmon Fund.

Keith Armishaw of Angling Heritage runs through the many books written by Richard Walker so readers can identify the correct editions.

Almost all books written about African fishing cover the sport in South Africa. But Paul Curtis has uncovered a wealth of good reads covering other countries in the continent.