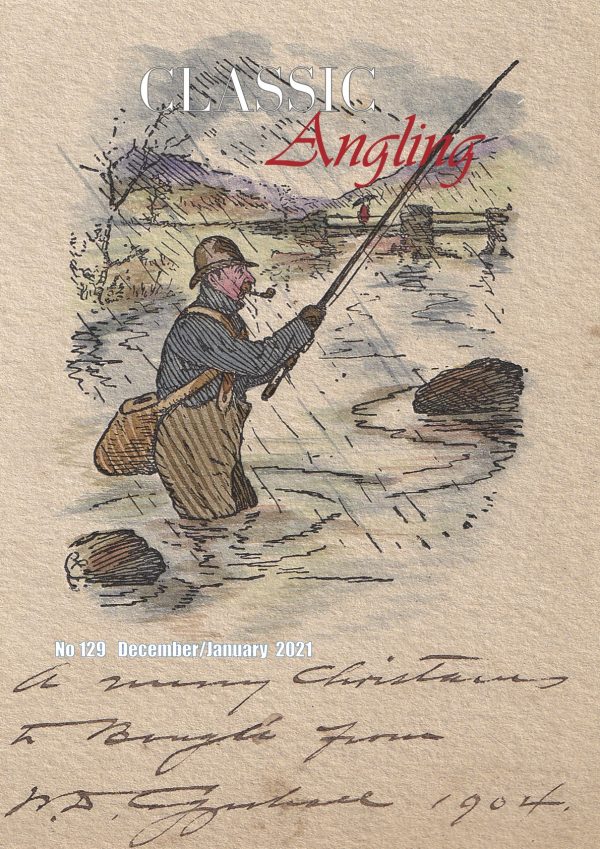 Matthias Fahrni, who has won the world taxidermy championships twice, is selling his winning diorama of a golden tench. It took him six months to create

A limited-edition fly reel that is part of the Ernest Hemingway Inshore collection, a range of
branded tackle being launched in February, has already sold out despite its $1200 price tag.

An extraordinary about-turn has seen the controversial Pebble Mine project, in a pristine part of Alaska, turned down.
The area provides the world’s largest sockeye salmon run.

Lure collectors can add two new works to their library, with a new 264-page book on French baits containing more than 1000 photographs and one on lures made in Sweden, going back as early as 1861.

An insight into Ernest Hemingway’s early big-game fishing off Cuba, and how his writing style changed during the 1932-34 period, revealed in the latest edition of his letters.

An original Bernard Venables watercolour of a grayling, one of a series of British fish that he painted in the early 1960s, has been sold at auction for £2000.

The largest dam demolition in US history promises to reopen hundreds of miles of waterway along the Oregon-California border and allow salmon to run the Klamath river once more.

Neil Freeman takes a positive view on Brexit and believes that the UK’s split from the rest of Europe offers a unique chance to right a host of marine wrongs and improve fishing around the British coastline.

John Bailey, on the verge on moving from his Norfolk roots, rediscovers an iconic photograph of a 70lb mahseer, caught on the river Cauvery in Karnataka, India, that sparks a wave of nostalgia.

New material by the late Ted Hughes, who was an avid angler, has been discovered by a Cambridge University lecturer, and much of it relates to his love of angling, especially for pike.

William Wilkinson, nicknamed Owd Till, was a renowned poacher turned gillie whose skills drew praise from
the renowned Dr Fredrick Holder, He even taught boys at the local school how to fish.

Retired vicar Charles Overton relates the time when he helped a Thames salmon continue its upriver journey past a weir, thanks to the fish’s strange link with the church clock at Eton College.

One of the world’s rarest fish species, described as a ‘living fossil’, is found only in one short stretch of a Romanian river. A battle is going on to protect the few remaining specimens from a host of threats, from pollution to abstraction.

As many as 100 mako sharks may have been caught around the UK coast, but most have been mistakenly identified. A fishing charity is working to archive all of the material in the British Shark Club’s records back to 1953.

The multi-talented Barrie Welham was behind many of the reels used by anglers for more than 40 years, from Mitchells and Intrepid fixed-spools to low-cost fly reels that encouraged many to take up the sport.

Will Ryan reminisces on his bait-fishing days, when he was overseen by two suspicious great-aunts and when the idea of using frogs and toads for bait was seen as perfectly normal.

We take a detailed look at the auction action at Mullock’s and Lang’s, where a spectacular range of Zane-Grey-related lots, including his fighting chair, took centre stage.

We have introduced a new facility for readers: a services directory to help those looking for rod and reel repairs, and a listing of booksellers.

A 1952 National Angling Championships programme makes John Stephenson recall his own match experiences, and how he fared when he drew next to world champion Kevin Ashurst.

Our book reviews cover everything from the golden days of Redmire Pool, when Chris Yates set a new record, to the surprising fishing exploits of rock musician from Adrian Smith of Iron Maiden.

Remember: Classic Angling is only available on subscription, but you can buy individual copies.