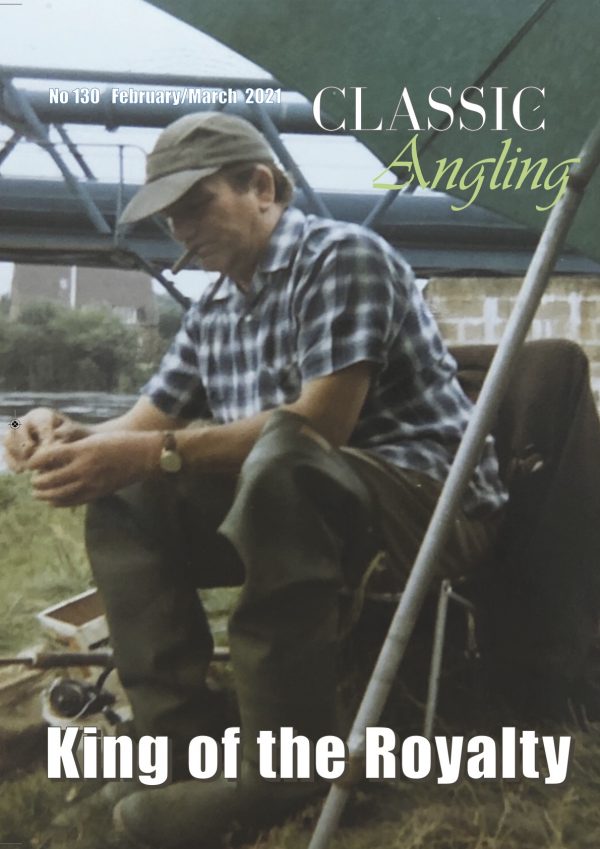 Jack Harrigan caught so many big barbel and chub on the Hampshire Avon’s Royalty Fishery that one swim still
bears his name. We look at the man and why his achievements are still revered there.

Lords of the Fly, the story of a wild pursuit by millionaires for a world fly-caught tarpon record off Florida, has won our Book of the Year, with Tom Fort’s Chasing Shadows taking the runner-up award.

John Bailey reveals details of a new charity that aims to focus on the plight of fish, with financial aid for projects that aim to improve the lot of anything from barbel to bleak.

Neil Freeman underlines how establishing a reliable provenance on an article of tackle, be it a rod or a book, can boost its value significantly and provide added interest.

John Essex, author of an acclaimed book on the National Angling Championships, talks about the stories that had to be cut from his book – including one about the Billy Lane family.

Our campaign to win greater recognition for the great salmon fly tyer Megan Boyd in her home village of Brora in the Scottish Highlands looks to be gathering pace, despite all the limitations imposed by coronavirus.

John Langridge takes a whimsical stroll through the place of angling in literature through the ages, especially focusing on various views of the pastoral idyll.

The reelmaker Thomas Cemm, a British man who set up a flourishing business in British Columbia, suddenly brought his production to a halt. Did Hardy’s, a ferocious protector of copyright, see too many similarities?

John Stephenson, author of the book Rosewood to Revolution, has created his own centrepin, inspired by his Norwegian heritage, in conjunction with Kingpin Reels of Poole, Dorset. But only ten are being made.

A tiny Amazon catfish has scales that are so tough, even the powerful bite of a piranha is unable to penetrate its skin. The discovery could be invaluable in creating bite-proof wetsuits.

Researchers have discovered a deep-sea species off Japan that it has been named the yokozuna, after the highest rank of sumo wrestlers, because it is so large.

Some high prices for fishing-related items have been achieved at auctions, from a bronze carp that sold for $2.43m to an Ogden Pleissner oil painting of an angler playing a salmon that made $240,000.

Climate change has resulted in a sharp drop in sea otter numbers. The reason? They are being devoured by young great white sharks, which have moved northwards off California to find cooler waters.

The fine fly reels inspired by sculptor Lance Boen and made by Hatch Outdoors of California are the subject of our regular spot looking at interesting items sold on eBay.

It looks increasingly likely that anglers will be allowed to take part in a catch-and-release fishery for bluefin tuna off the English coast in the near future.

The European Union is planning to impose a blanket export and import ban on items containing elephant ivory. Such a ban looks likely to affect tackle items containing ivory, like older reels.

The Rev Patrick Smythe, author of a popular book The Diary of an All-round Angler, kept a diary on his fishing exploits for more than 60 years, despite his eccelesiastical duties.

If you enjoy fishing with streamer flies, Will Ryan warns you that while they can produce huge fish, they can also turn you into a catatonic blob.

Our books pages, renowned for their no-holds honesty, look at new works on fly-fishing for mullet, memories of Frank Guttfield, the delights of bamboo rods and an innovative approach to fly-tying.

Our letters pages range from a mystery Victorian angler, Richard Walker’s alleged involvement in Capta leads, some thoughts on Mullock’s latest auction and a plea for help with a fishing medal.

Remember: Classic Angling is only available on subscription, but you can buy individual copies.