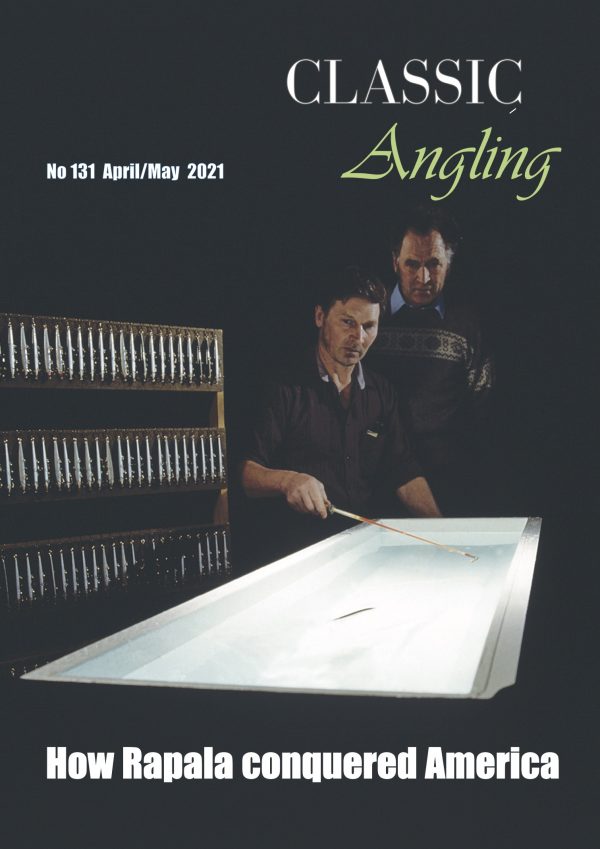 We uncover the amazing tale of how Rapala conquered North America, thanks to two shop owners who risked their businesses on the lure’s ability to outfish anything on the market.

Big moves are afoot at Hardy’s, with the great tackle company set to move most of its operations away from its spiritual home in Alnwick.

One of the world’s richest men has won the right to stop anglers from accessing two publicly owned lakes.

The greatest library of works on Atlantic salmon is up for sale – but the vendor is seeking ‘around six figures’ for the entire collection.

Once upon a time, anglers had no need to use wheelbarrows to carry their tackle, but carried everything in neat tackle compendiums.

All of the angling prints used as the inspiration for David Beazley’s classic work Images of Angling are to be sold at auction.

You can get buried inside a hand-carved fish of your choice if you live in Ghana, where wooden coffins take on a very personal appeal.

Abu’s low-key celebrations for its 100th birthday have left followers distinctly underwhelmed by its approach to reaching its centenary.

Wisconsin wildlife officials tasked with protecting sturgeon have been caught out dining on caviar from the fish they were supposedly watching over.

A brace of 40lb salmon, caught on the same day by a female angler, have been sold for £35,000, a world record for carved fish, at Angling Auctions.

John Bailey adjusts to life after moving from Norfolk to the Wye Valley, but still finds time to revisit some of his happiest hunting grounds.

Neil Freeman rages at how UK water authorities have been polluting rivers with sewage via storm outflows, seemingly without any fear of prosecution.

John Stephenson predicts a rise for demand in brass reels, though he is far less certain about quite what to do with a wild boar’s head that he bought on his travels.

A perch decoy made by master carver Oscar Peterson has just been sold for a world-record $95,000 at auction. And it wasn’t the only decoy to reach an astronomical price.

Ansil Saunders, a Bahamian bonefish guide, shared a boat with Martin Luther King as he wrote one of his most famous speeches.