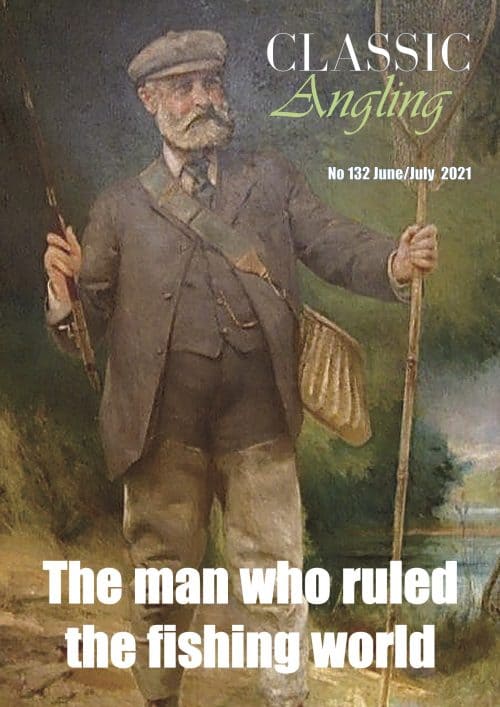 Redditch was once the world’s most important fishing town in the world, serving three-quarters of the global market. Jeff Della Mura explains how it all happened.

A tarpon estimated to weigh more than 300lb has just been caught off Colombia, but there will no record claim. We explain why, and tell more about the capture.

Californian Steve Wozniak has hit the 2000-species landmark with a leopard searobin that he has just caught off the Florida coast.

Publisher Steve Harper has been inspired to write a book about the humpback mahseer, and especially those over 100lb, stretching back to the days of the Raj.

A new book aims to clear up all the confusion about the very earliest days of the Mitchell reel, and when it actually came into being.

£50 for a float? We look at the work of custom floatmakers, whose elegant creations have become increasingly valued by collectors.

The only way to catch Thames barbel, it was once believed, was by hiring a professional guide with a boat and piling in thousands of lobworms.

An astounding range of trout and char have been discovered in a loch that fishery scientist Ron Greer reckons is the Scottish equivalent of the Galapagos islands.

Murray cod have been packing on weight thanks to a plague of mice. But the infestation is proving far less popular with Australia’s human population.

Macho entrants in a Hemingway lookalike contest are not allowing a pandemic to interfere too much with their enjoyment of the week-long event in Florida.

The US taxman looks set to seize a $15m fishing lodge in Colorado (plus $78m in a Swiss bank account) as part-payment for a fishing-mad billionaire’s alleged tax evasion.

Makers were swift to see the benefits of using Bakelite for all sorts of tackle items, from reels and fly boxes to line winders. Collector Keith Harwood sings the plastic’s benefits.

Keith Arthur played a key role in Fred J Taylor’s discovery of the effectiveness of using static deadbaits to catch pike. He explains how it all happened on an Irish fishing match.

John Stephenson of Thomas Turner deals with two vast collections, one comprising 700 reels and another of 550 split-cane rods. Where does hobby end and obsession start, he asks?

John Bailey is assailed by bad news all around him, but is cheered by news of spawning wild carp, giant minnows and estate lake tench.

Neil Freeman was once sceptical that creating a single body to represent UK angling could ever prove successful. But now he’s changed his mind.

Leigh Perkins, the man who turned Orvis into an angling powerhouse, has died at the age of 93. We pay tribute to his many achievements.

A huge collection of early angling prints that inspired David Beazley’s book Images of Angling
has just been sold at auction. We report in detail about the sale.

Our book reviews cover works on gudgeon, having your own chalkstream, the flies of Dr JC Mottram and a superb offering on old German lures.

Hardy fakes and copies arouse strong feelings on our letters pages, plus the 94kg salmon and some positive news on recognition for Megan Boyd.

Our auction reports cover trends and hot items from the sales at Lang’s, Guyette and Deeter and Forum Auctions.

… and there’s lot more too!