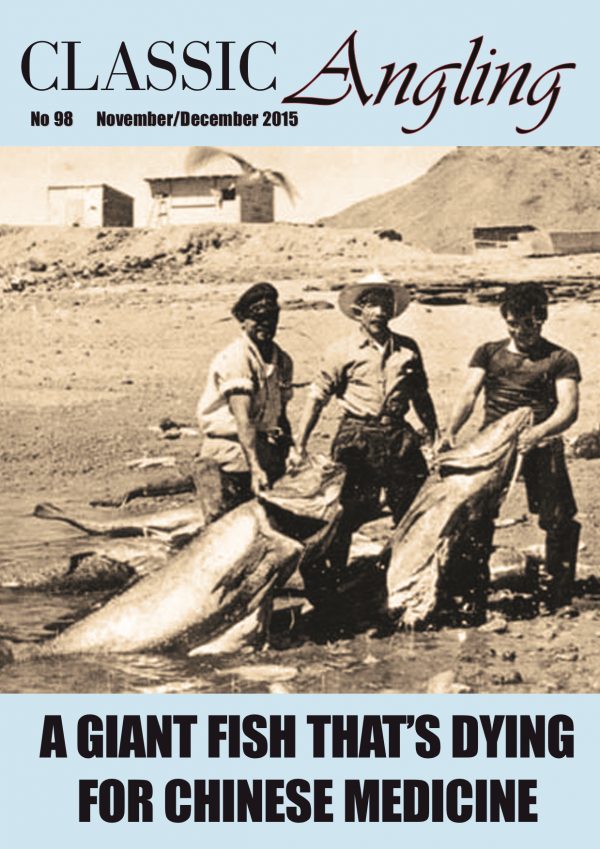 The founder of Farlow’s was not Charles but his elder brother John, a new book discovers. and the company may have started before 1840.
An unrecorded chub of 12lb 2oz was caught from a fly-only stretch of the river Test, we reveal. The same water also produced a 5lb grayling in a netting session.

How totoaba, largest member of the drum family, are being endangered by Chinese demand for its swim bladder and even being traded as an investment.

Several angling clubs lay claim to the title of the world’s oldest but none even come close to the Schuykill Fishing Company, founded in 1732.

Angling historian Tony Hayter tries to find out more about Monty Hayter, a relative who was a top cricketer and fishery manager on the Royalty Fishery in Hampshire.

An Abu Ambassadeur made of 24-carat gold has sold for $48,000 at a charity auction, the highest price ever paid for an Abu reel.